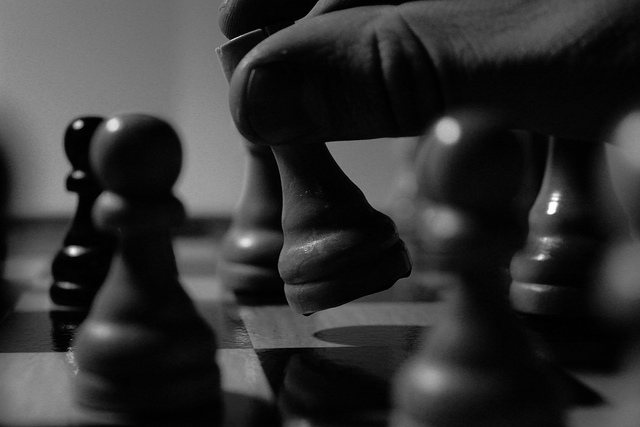 This holiday season my family and I played a number of games together, but what was the most interesting game for me was Ticket to Ride: London. While I only played the game two times, both of those times were extremely different from one another and it got me thinking: There are a number of ways to play a game and how you play the game has a significant impact on the experience you have.

In one case, you can play the game to win. You focus on attacking, blocking and making sure you are maximizing your score, to the detriment of all the other players. In some circles people describe this as the scarcity mindset. There are a limited number of points, or ways to win, and you focus on making sure you get as many points as possible. Winner take all. Kill or be killed. Darwinism. When I play games in this kind of environment, it is stressful and most everybody can only stand a couple games before they are done. Our second Ticket to Ride game was like this. We kept our own counsel and tried to maximize own own score without helping one another.

One the other side of the coin is the co-op play style. Everybody looks at the game and tries to point out places where you can succeed or where it may be advantageous for you to move. They help you maximize your score. And in turn you feel obligated to help them maximize their score as well. Everybody tries to help one another succeed. Even if the game requires a single person to win, everybody feels like it was a game well played and that maybe next time will be their turn to win. More often than not, when I play games like this with others, the experience is a positive experience and everybody feels much more like playing again. The first game we played Ticket to Ride was played this way.

The last way to play a game is what I like to think of as the oblivious player. In this case the person pays as much attention to the game as they need to in order to reach their objectives, but does not focus on what others are doing, nor do they think on how they are impacted by others attitudes or by how they are impacting others. They just go through playing the game, rolling the dice, playing the cards and have a plan to reach their objective. Sure they react to the moves of others, but they don’t actively help or hinder anybody.

In life situations we can playing any one of the three ways.

I’ve found that I have been one of the three in any number of different situations in my life, but more often than not, the times I feel most connected to others and feel like I have a positive experience are those times I look to help others succeed. I’m more likely to be the oblivious player than anything else and that diminishes my experience and the success of others. My personal goal is to be less the oblivious player of life and more the co-op player, helping others succeed.

And what changed between the first and second game of Ticket to Ride? Fear. My son joined the game to help somebody who was learning and I became much more aggressive. Where I tend to think 2-3 moves ahead, he thinks 5-6. I fell into a more “win all you can” mode and changed the mood of the game for everybody.

The result? If you added up the scores for everybody in both games, the score for the first game was significantly higher than the second. In cooperative play everybody got much higher scores than the second game when it was more aggressive. If that isn’t a life lesson in miniature, than I don’t know what is.

The image is ‘Chess’ by Eigenberg Fotografie. You can find it on flickr