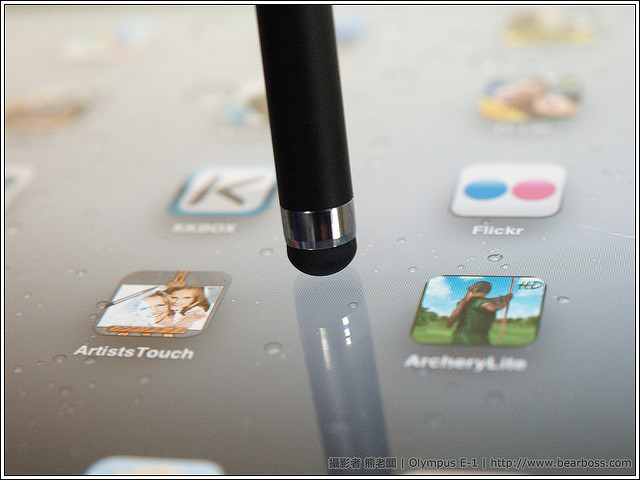 I use a stylus on my iPad. Primary I take notes with it, but occasionally I’ve used it to play games like drawful. My first stylus had a rubber tip and after a few months decreased in it’s effectiveness because it wasn’t reacting with the screen like it was originally. Another problem was that it was difficult to see exactly where I was touching. With a pencil or pen you can see exactly where your line is going and how close to everything it is. With your finger or one of the rubber-tipped ones it’s not as accurate. So I began looking for something better.

In my search I discovered the Adonit Jot Pro (version 1). It was awesome! The size was right but what was the most impressive was the fact that I could see exactly where I was drawing and it behaved much more like a pencil than any other stylus I had used. It was a bit thick and the cap kept coming off in my pocket, but it was much better than anything else out there.

Eventually time wore down on it and the disk on the tip came off and I couldn’t find it. I looked for a replacement disk only to discover there were no options. In the intervening years, Adonit had moved on to manufacture another version of the Jot pro. It was thinner but still had many of the features I liked. That was good because I had begun to rely on it a lot in my workflow. I put the old first edition into a drawer and purchased version 2.

I used version 2 of the Jot Pro for quite some time, an essential part of my workflow every week, if not every day. Unfortunately I’ve been taking it to a lot of places and for whatever reason I managed to loose it. And guess what? Adonit again had created yet another version. This one had a magnet that kept the cap on the tip and when using it the cap connected to the top end of the stylus. I decided to give it a go, since the last two versions had worked out well for me.

This one did not.

After about a month of use, the magnet that kept the top on the end had come apart from the main body of the stylus. I also noticed that at some point the tip had bent slightly so the stylus only worked in certain positions. Odd, I know, but it would require purchasing a replacement tip, which was annoying. I ended up supergluing the magnet back to the body of the pen, but found myself less pleased with this stylus than previous versions.

I decided I wanted a backup stylus just in case something happened to this one so I purchased a version 2. After a week with the version 2 I was happy again. Go figure. Magnets just are not my thing I guess and it’s interesting to see how such a small thing can have a major impact on the experience a person has with the product.

Then I lost the new version 2.

Only this time when I went to find a replacement it was four times the price version 3. Way too much for my liking so I looked around again.

Again, Adonit had not stayed still and had released a number of other higher priced stylus. Bluetooth, wireless and the like. They required the stylus to be recharged on occasion and that you pair it with your device. That just did not appeal to me. Give me the old, no-battery, low-tech way of doing things and something I can switch from device to device without any hassle. They may be a bit more accurate, but I’d much rather trade that for the flexibility the Pro had given me in the past.

So why the rant about a stylus?

In the case of me and my stylus, the smaller sized barrel for the stylus was a good choice. The screw-on top was also a good design decision. The move to use magnets? Not such a good move. Now, am I dropping Adonit entirely? No. They do have a stylus that looks promising to me and meets my needs: the Adonit Mini v4. It will fit in my pocket, screws together and it has the plastic disc on the tip. It scratches the itch, but as far as the Pro is concerned, that’s not something I’ll be getting anytime soon unless their design changes again.

The image, titled “Stylus”, was taken by “yangsheng”. You can find it on flickr.