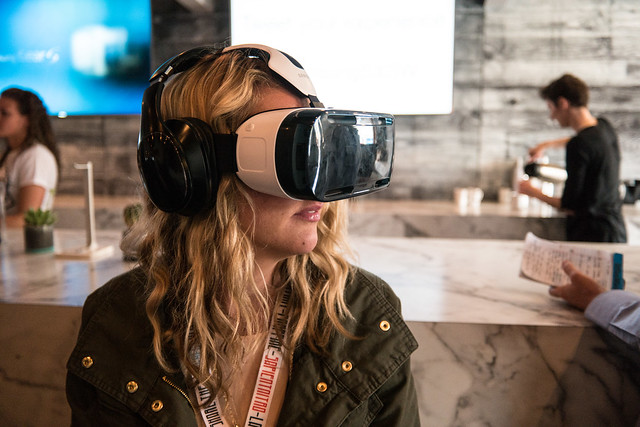 Sometimes an existing technology can be leveraged to solve a business problem you didn’t know you had. Usually when I think of the virtual reality space I think about games and bulky headsets. VR is certainly not the first thing I think about when I consider office productivity and innovation. Augmented reality, sure, but not virtual reality. Until recently I did not see how VR could be applied well in a business environment.

Virtual reality games are very immersive and can be cool to play. They give you a sense of reality and make it just that much more life-like. If you can get past the headset on your face and engage in the experience then it can be a fun couple hours before you have to step away either because of motion sickness or because your face is just too hot from the headset.

Virtual reality tours are pretty cool. Being able to see what a place looks like without having to go there is nice. I’d rather be there, but it at least give a better idea than some pictures. I can see them being something that could be useful before visiting a place for a business trip or if you don’t think you will be able to see some sights.

For me, though, the thing that can have a major impact on how VR is adopted is Immersed VR. This is a pretty cool technology. Instead of needing to buy multiple monitors and then worry about placement for them, you can buy an Oculus Go, install Immersed VR on the machine and have multiple screens in a much smaller space.

There are a few limitations, however.

The battery on the Oculus will not last through a full day of work in the office, so while it would be good for a trip on a plane or free up some space at a home office, you will need to take breaks for extended periods of time to charge the device.

Having the Oculus on the face can get tiresome. You will need to take breaks just to get it off and rest from having it on.

Finally, it can create some isolation and look goofy to all the other people around you. I would not use it at work for that very reason. It’s fine for the home office and getting more screen space there, but when it comes to work, I would miss out on casual walk by conversations and interactions that are the key to building good relationships in a work environment.

While I think the Immersed VR is a great application and have started to use it at home, it is going to be a while before I even think about suggesting we get more of them for the office.

The image, titled “Woman Using a Samsung VR Headset at SXSW”, was taken by “Nan Palmero”. You can find it on flickr.