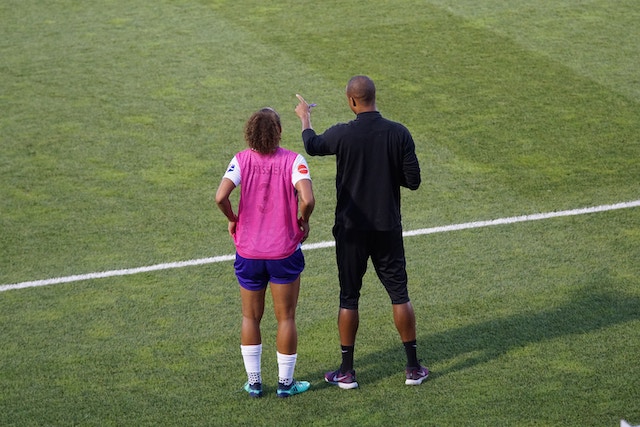 The person who is the worst to tell you what you need to change is the man in the mirror. Too often you do not see what the biggest problems you suffer from are. You cannot tell that the unconscious sounds you make when speaking are annoying others. They are hidden from you, but obvious to others. Getting the feedback from somebody else is important. They are an outside observer and can help you identify and work on character flaws or just minor annoyances that set people off.

There was one person I have worked with who was really good about this. He would receive coaching from others and then implement the changes. In the few years I was able to work with him, he changed in some major ways. It was amazing to see how just a little bit of humility to be coached and mentored helped him. I think he is a better person now than he was previously because of the coaching he received.

One does not, however, just jump into a coaching relationship. For example, you need to find someone who can be objective about the situation and not invested in it. It does not make sense to ask a person to coach you who stands to benefit from your failure. So don’t ask your competitors for advice on what to change. You also need to find a person you feel you can trust. Somebody who sincerely wants you to be better and who you feel you would be willing to accept constructive feedback from.

Finally, the person needs to have some experience in what you are asking for coaching in. It does not make sense to ask a high school student what your next career move should be. They don’t have the context or understand the nuance of the situation.

Getting coaching is an important decision and requires some careful thought and hopefully these guidelines will help you as you work to improve your self and your career.