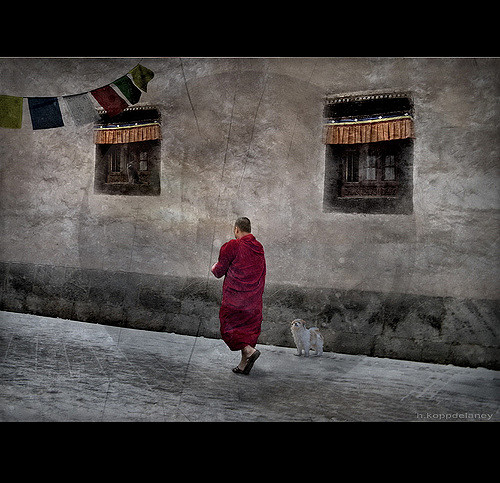 I was recently on a tour of some Ancient American ruins in Sedona, AZ. I’ve seen a number of runis like what we saw there before, but what struck me was something the guide said as we were learning about this particular settlement. He mentioned that these people lived a much more integrated life. They lived with one foot in the spiritual realm and one in the temporal world, while we tend to keep them separate. The thought came to me immediatly that we don’t necessairly have to live that way and that it is only recently that we have gone that way.

Since the industrial revolution have we really moved away from the idea of having life integrated with both spiritual and tempral persuits being the same. Many people worked the land and found insights and parallels in what they were doing and what they felt was a spiritual work. My question is, why can we not have some of the same insights now with this we do?

If anything, many people in high technology work in a world of ideas and abstractions. I work in the computer software world. I don’t create anything you can touch, and I’m not sure anything I’ve ever produced for work has ever produced a tangible object. People using the software I’ve created have been able to create tangible objects using it, but the stuff I’ve actually created? Nope. It’s all be light emitted from a screen, striking the eyes of somebody who then manipulated a physical object to make the lights change, eventually producing a physical object.

With all this abstraction and manipualtion of stuff that is not even “real”, you would think that making my work more of a ‘spiritual’ persuit would then be easy. But it’s not. Instead I think it is actually harder because now, instead of having a distinctly seperate space, one physical and one spiritual, now the work happens in a mental realm and a spiritual realm and those are much more difficult to work in simultaniously becuase both require some mental focus.

Does it mean it’s impossible? No. I don’t believe it is. It just requires periods of reflection on not just the mental work where you step back and look at what you have created and see if it’s good, but also time for reflection where you try and draw parallels to what you are creating and how it impacts the greater world and possibly impacts your development as a person and the development of the rest of the human race as well.

Only by taking time to reflect can the two be more integrated and make us more well rounded and whole as people.

The image is “Buddha Dog” by Hartwig HKD. You can find it on flickr.