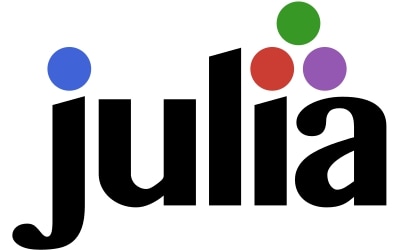 Julia is a fairly new programming language which is making inroads in the data science community. The language itself is a general purpose language and has some pretty impressive metrics when it comes to speed and performance. It does better than Python in that area and it sounds like it could be a contender to replace both it and R. Will that really happen? I kind of doubt it. There is just something about being the first kid on the block in an area that makes it really hard to push that language out and Python is that kid. R has tried to get in there, but still does not have the general mindshare that Python does. Don’t get me wrong, I prefer R to Python (I just can’t get used to that indenting thing…), but I just don’t see R overcoming Python…and I don’t think Julia will either.

Still, for somebody just starting in the space, Julia does have an appeal and since I don’t really care what language my stuff is in, Julia seems as good a language as any.

So I am learning Julia and I’m using my company dashboard as the tool to use in order to get that going. There is nothing as important is project selection as just getting a task or an itch and scratching it with a program. And if you happen to get a bit of learning in the process of getting that itch scratch…well all the better.

The first key for me in this journey has been answering the question of “what do I use to program and run the code in?” I could use a traditional IDE or code editor with integrated and constant feedback loop, but I decided to use the in browser solution of Pluto.jl. Essentially you start up a small web server on your computer and then using something that looks like live reload, you write code in the web page and see the results there live. It’s a handy tool and I’ve gone through the short introduction page already and I’m looking forward to getting further through the task of creating this dashboard.