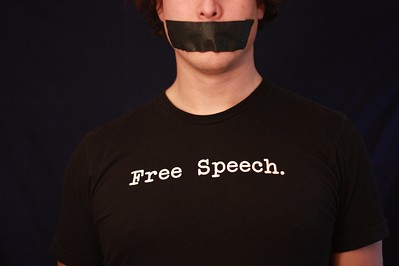 Political correctness is bad for society.

When people are censored and vilified for speaking their thoughts and ideas we end up curtailing the change of ideas. We instead create an atmosphere of guarded tongues and fear. Instead of believing that other people are good people and that they just don’t understand a certain point of view, instead we turn to demonizing them and making them the enemy.

I admit, there are some ideas that are repugnant and people who espouse them may not have a good understanding of basic human rights, however who determines who is correct in a society? We like to think we are more enlightened than the people who came before us, but in reality we are just the same. We just crucify people publicly for different ideas. We may not censor somebody for saying the earth is round anymore, but instead we mock and criticize people who believe it’s flat, claiming they are ignorant or don’t adhere to scientific methods. Are we really any better when the positions were reversed?

And what about the social cost? Just because you are on the “right” side of the argument doesn’t mean you may not be on the correct side tomorrow. And what protection will you have then?

Society will turn and rend you to pieces, vilify you and call you a pariah. All because you’re experience had created a point of view that is different from the rest of the world. Does that make it any less valid? No. It’s based on your personal experience. It’s what you know and think. Just because you express it doesn’t mean you should be a target for ridicule. Instead people should reach out and try and understand where you are coming from, build bridges and help you. Maybe they will come to your side. Maybe you will come to theirs, but until we can accept that people may have different points of view and then accept that fact and be willing to listen and respond in a civil manner, our society will continue to be caught in social tension.

When expressing his own feelings about enduring persecution, a famous man once said, “[I was] persecuted by those who ought to have been my friends and to have treated me kindly, and if they supposed me to be deluded to have endeavored in a proper and affectionate manner to have reclaimed me”

When I see and hear the things we say and do to people who believe different, I often think back to that young mans experience and wonder, “If I was in their shoes, would I have reached out, or would I have persecuted him?” I’m not sure where I would fall, but I hope to do better and be one of the people reaching out and treating others with kindness.

May we all look for reasons to accept others, rather than reasons to condemn.